As I watch the Olympics this month, a single word resonates in my ears from coaches and  commentators alike...versatility. You would think a world-class athlete competing in the Olympic Games, would have to dedicate their lives to a single sport or element. To eat, sleep and breath one goal--shoving all else aside. Yet during the "bio" portion of the Olympic broadcasts, what I continually hear from those who know the competitors best, is that many of them are extremely versatile. Well-rounded individuals, capable of greatness in many areas of life. Champions in multiple sports, business moguls, master musicians, published photographers, brilliant parents...amazing. 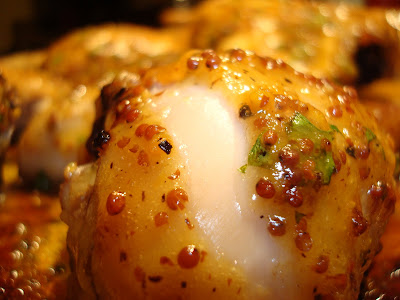 I can remember, as a child, having such a strong desire to achieve greatness in just one area of life. ANY area, for that matter! I was decent at a few things, but had little natural talent. Because of this, I unknowingly trained myself to work hard--in ALL areas. Over time I developed a work-ethic that, now,  I wouldn't give up for any amount of raw talent. I've always had to grind away to achieve my goals, to gain skill...to get what I want. I'm thankful for this, and believe it to be a blessing in disguise! I've learned to be versatile--maybe not to the extent of an Olympian, mind you--but enough to lead a fulfilling life.

Personal versatility (or skillful adaptability) gives you confidence; makes you comfortable in your own skin. Versatility enables you to be open to trying new things. You may have heard the old saying, "Become all things to all people that in the end, you may win some." Versatility gives you the ability to see another person's point of view; to relate to others on more than one level, to win people over.

Versatility goes a long way.
As for versatility on the dinner table, I present a Roasted Mustard-Maple Chicken and Quinoa Cucumber Salad. It's sure to win you over! 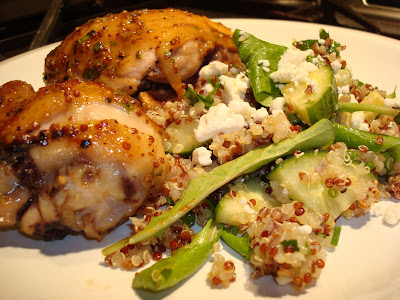 Notice how the whole-grain mustard seeds and the quinoa mimic each other in this dish, giving it a sense of cohesion. As they say, you eat with your eyes first!

This mustard-maple glaze cleverly crosses traditional culinary boundaries. It's sweet, spicy, bold and savory--and it can boost the flavor of almost anything! It complements bone-in chicken and breasts, pork loin and chops, ham, fatty  fish such as salmon or trout, and even beef (although I would reduce the amount of maple syrup if using it with beef).
Quinoa (pronounced keen-wa) is another versatile ingredient.  This "super grain" is extremely healthy and can be substituted for couscous or rice. Quinoa is high in protein, calcium,  iron, and a good source of vitamin E and  B. It contains a close-to perfect balance of all eight essential amino acids needed for human tissue development. It is exceedingly high in lysine, cystine and methionine-amino acids. Plus, its rich nutty flavor blends well with just about anything.
I usually prefer to grill bone-in chicken because it makes the skin crispy, leaves the meat very moist, and produces lovely grill marks. When I made the chicken this week, there was still snow on the ground--so I opted to bake it instead--still perfectly wonderful. I'll give instructions for both methods.

Preheat the oven to 375*. Cut your chicken, at the joints into 8 pieces—2 breasts, 2 wings, 2 thighs, and 2 drumsticks. If you are uncomfortable boning a chicken, buy the chicken pre-cut in a “griller's pack” or select a whole chicken and ask the butcher to cut it for you! 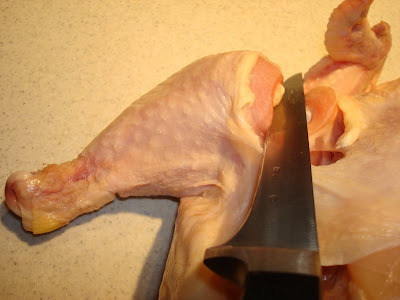 Pat the chicken pieces dry with a paper towel, then sprinkle with salt and pepper. Mix the oil, both mustards, maple syrup, parsley, ½ tsp. salt, and ¼ tsp. pepper together in a small bowl. 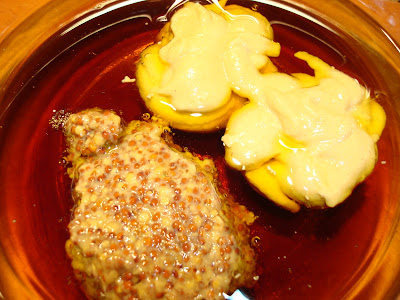 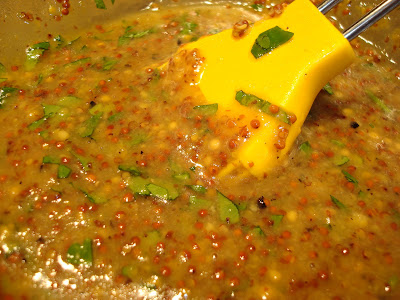 Brush each piece of chicken, with the mustard glaze, covering it entirely. You should have about half of the glaze left, to re-glaze later. 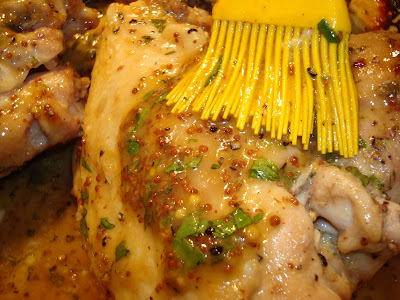 *If grilling your chicken, preheat the grill to medium. Follow the same process, placing the chicken top down on the grill. Grill the chicken for 20 minutes per side—40 minutes total. Re-glaze when you turn the chicken. 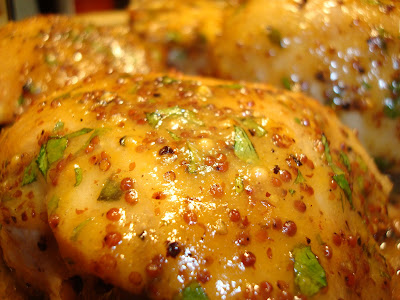 While the chicken is roasting, place a medium saucepan over medium-high heat. Add 1 Tb. of oil to the pan, then add the quinoa.

*I mixed regular and red quinoa from the bulk bins at the grocery store.  I just think it looks prettier this way! 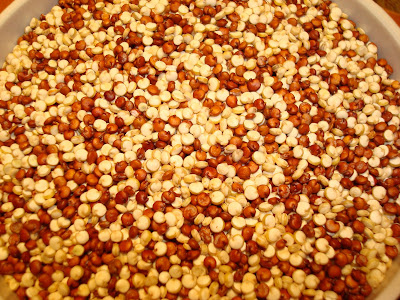 Toast the quinoa for 2-3 minutes, stirring regularly. Then add 2 cups of chicken stock, ½ tsp. salt and ¼ tsp. pepper to the pot. Bring it to a boil. Cover the quinoa and lower the heat. Simmer for 15-20 minutes, until the liquid has absorbed and the spirals around the quinoa have separated. Turn off the heat, but keep the pot covered for another 5 minutes to steam. Pour the quinoa into a large bowl and cool to room temperature. Then, mix in the cucumbers, dill and arugula leaves. Drizzle with 1 Tb. of olive oil and 1 Tb. of lemon juice. Toss well and top with feta cheese! 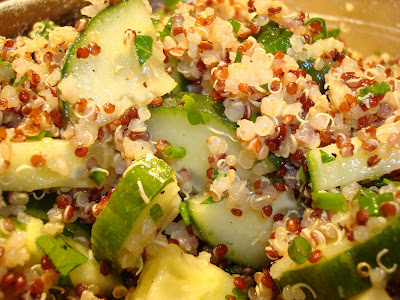 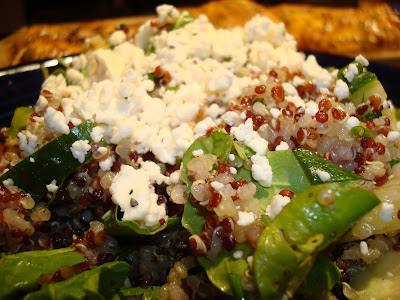