Not Always As They Seem

The lesson of fish sauce:
Things are not always what they seem; the first appearance deceives many; the intelligence of a few perceives what has been carefully hidden. Phaedras 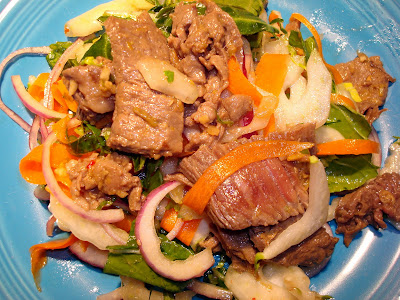 As I was preparing dinner this evening, I opened my bottle of fish sauce and was slapped in the face with a pungent reminder that things are not always as they seem. You've heard the old saying, don't judge a book by it's cover. I 'd like to add to this train of thought, and share a profound new quote for all to ponder...Don't judge a sauce by it's smell. Deep, isn't it?

I know, I know...this goes against your better judgment! Conventional wisdom says milk, cheese, oil, and pretty much EVERYTHING else, should be thrown out if it smells bad.

Yet with fish sauce, I find the more putrid and filthy it smells, the better the fish sauce! And let me tell you, mine truly provides a heinous stench that fills the kitchen. BUT--don't let this deter you from using it! Fish sauce is a wonderfully flavorful ingredient, used all over Eastern Asia. It adds a distinct savory essence that can not be replicated with any other ingredient. The smell does diminish as you cook it, leaving a strong but appealing aroma.

Skeptical? The fact is, if you have ever eaten good quality Southeast Asian food, it's almost certain you've unknowingly eaten fish sauce. It is a widely popular condiment for adding depth of flavor, used is may countries--especially in Vietnamese and Thai cuisine.

It's easy to get comfortable with what you know, and never allow your horizons to be broadened. One of my favorite parts of teaching "Confidence In the Kitchen", is hearing a person say they enjoyed a dish we've cooked--something they previously believed to be inedible. I have secretly made it my quest to "help" others expand their taste buds, to overcome their stigmas about food. My husband would tell you that I have "helped" him overcome his dislike of fish, fennel, citrus desserts and maple syrup...to name a few. Of course, I was "helping" him against his will, in most cases, but my attempts paid off!  No grudges held!

All I ask is that you try to be open-minded after opening a bottle of odorous fish sauce. Who knows what this new receptiveness might lead to! 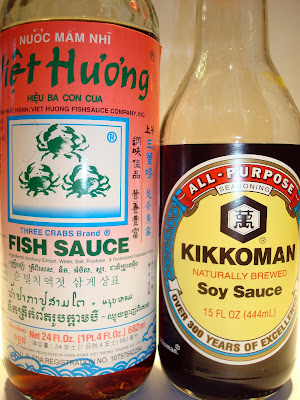 Partially thaw the sirloin (or if it’s fresh, flash freeze it for 30 minutes) so that it is still firm, but a knife can cut through it. This helps to keep the meat from moving around while cutting it thin! Cut the sirloin in half, length-wise. Slice each half into very thin (1mm) pieces. 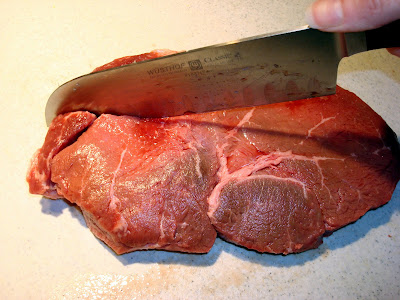 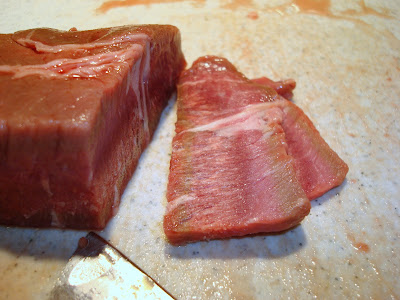 Mix 2 Tb. of scallion whites, lime zest, ginger, garlic, fish sauce, soy and sugar in a medium bowl. Toss in the raw sirloin and allow it to marinate for at least 30 minutes—but up to 4 hours.

*To peel or not to peel the ginger...If the ginger's skin in tight and smooth like baby skin--don't bother with peeling it. But, if it's slightly wrinkled and dry like "winter hands", you can use a veggie peeler, or even a spoon to scrape it off. 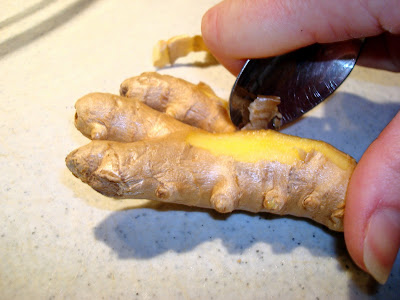 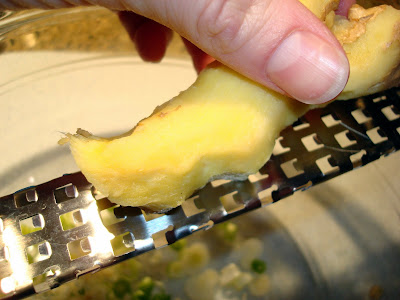 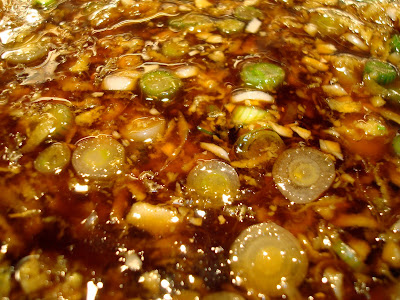 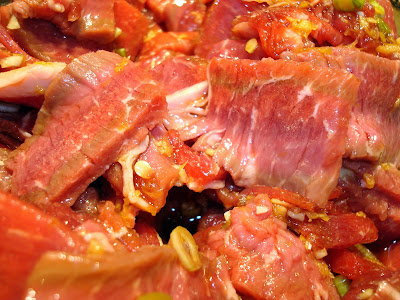 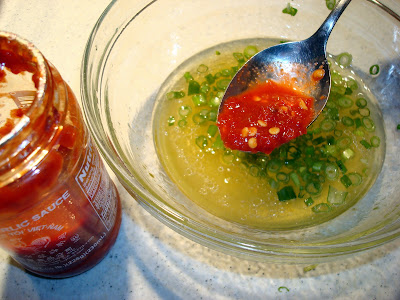 Cut the green leaves off of the bok choy. Hand-tear them into bite-size pieces. Then thinly slice the white stalks of the bok choy. Place both on a large serving bowl. Slice the red onions very thin. Using a veggie peeler, shave the 3 carrots to make carrot ribbons. 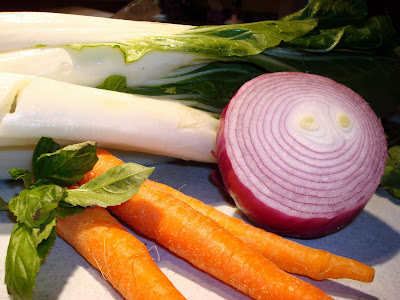 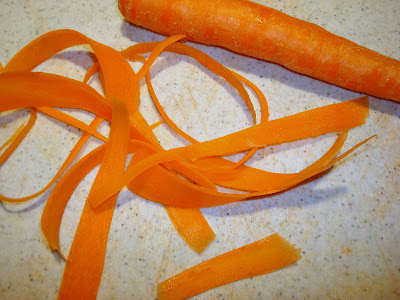 Roll the basil leaves tightly, then slice them into thin strips. Sprinkle all the veggies on top of the bok choy. 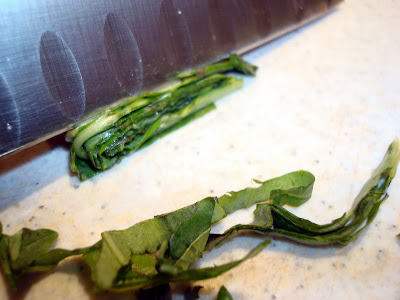 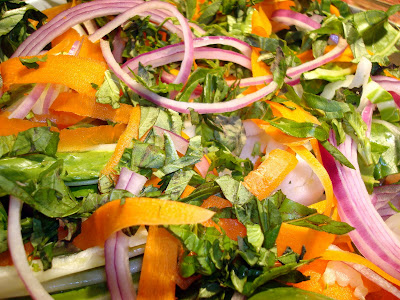 Drain the marinade from the beef. Heat a wok or large skillet to high heat. Add 1 Tb. of oil and wait until it smokes. Then add half the beef to the wok—stirring continuously. Cook for 1-2 minutes until desired doneness is reached. Then repeat with the second half of the beef. 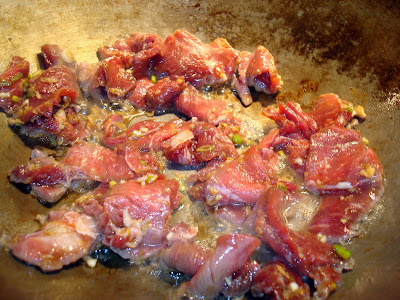 Once the beef is cooked, toss the salad with the dressing and top it with the stir-fried beef. Serve immediately. Serves 4-6. 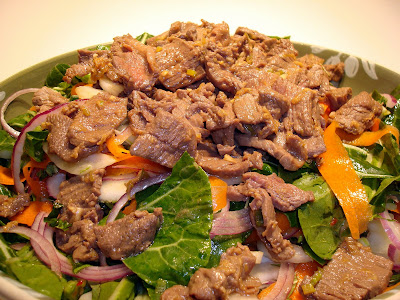 Asian-style tacos are really trendy in the culinary world right now. Try putting the salad and beef in a wheat tortillas!
Posted by A SPICY PERSPECTIVE at 8:52 PM