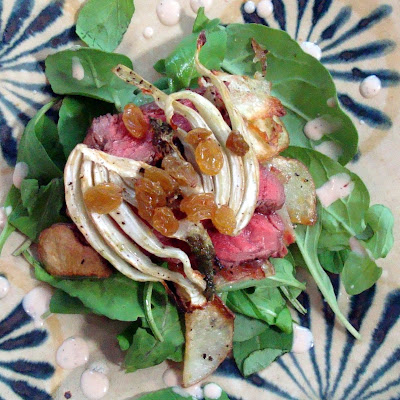 Not trying to stereotype, but I know very few men who would go out to dinner and order a BIG SALAD. Or if asked what they wanted for dinner would reply, "A leafy, green salad sounds really fantastic!" Most men I know either are, or claim to be Meat and Potatoes kind of guys. These are the same men that check sports stats on their Iphones thirty times a day, and only like BIG dogs. They may secretly adore a big plate of greens, but no one will ever know! To those men out there who proudly proclaim their love for salad, opera, and Maltipoos...I commend you! We obviously haven't met. I say veggies are NOT feminine fare...veggies are for everyone!

My husband loves vegetables just as much as I do, but NEVER requests salad. I've created this salad in his honor because, after all, marriage IS compromise! The "Man" Salad has all the right components to satisfy a manly appetite...but it's still pretty!

I started with a couple good sized fillets Then layered some roasted potatoes and roasted fennel over a bed of cool arugula. I whisked together a creamy, but tart dressing and topped it with golden raisins for a little sweetness. My husband--who THINKS he hates fennel--couldn't stop commenting on how much he loved those sweet onions! (Smirk!) I love that game...feed you something you say you don't like, and watch you gobble it up!

One more thing, I grilled the steak, but roasted the veggies in the oven. Why? Grilled potatoes and fennel are absolutely lovely, but thinly sliced veggies can be tricky on the grill. They burn fast and fall through the grates. You often sacrifice quite a few to the fire! I found if I start roasting them in the oven first, I can go about preparing the rest of the salad and just pull them out when everything else is ready. It's mindless--and they taste delicious roasted. You could definitely pan-sear your steaks if you don't have a grill! 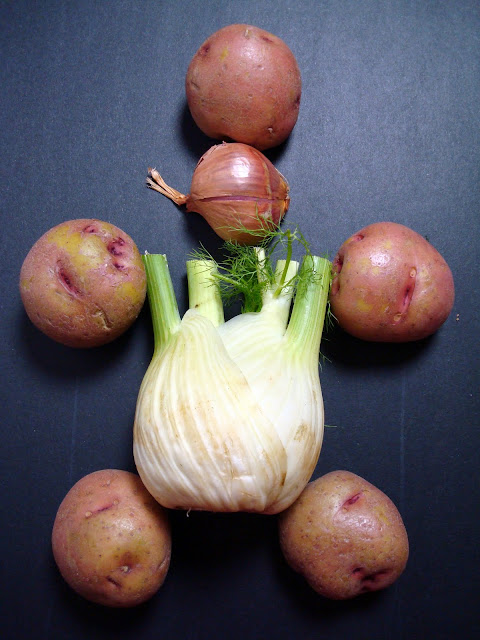 Preheat the oven to 425*. Cut the stalks off the fennel bulb—save the stalks for another dish or stock-making. Cut the bulb in half through the core. Remove the core, then slice the bulb vertically into 1/3 inch wedges. 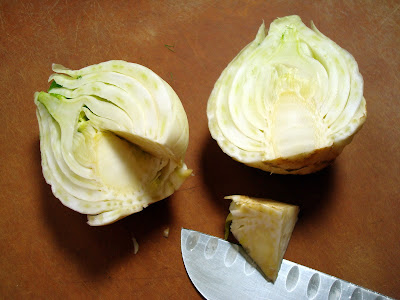 Cut the new potatoes in half length-wise, then slice them into 1/8 inch semicircles. 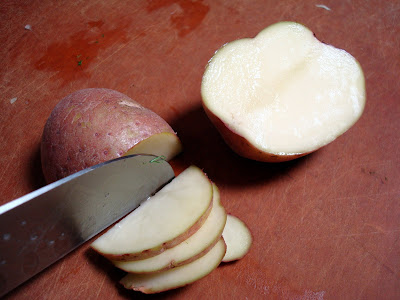 Lay the potatoes on one rimmed baking sheet and the fennel on another. Drizzle both sheets with oil, then sprinkle with salt and pepper. Toss the potatoes and fennel and spread them out in a single layer. Place in the oven. Roast the fennel for 20-30 minutes. Roast the potatoes for 30-40 minutes flipping once. 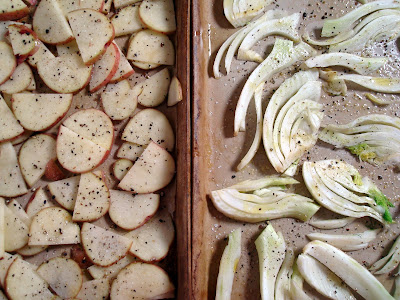 Meanwhile, preheat the grill to high heat. Drizzle the steaks with oil, then liberally salt and pepper. 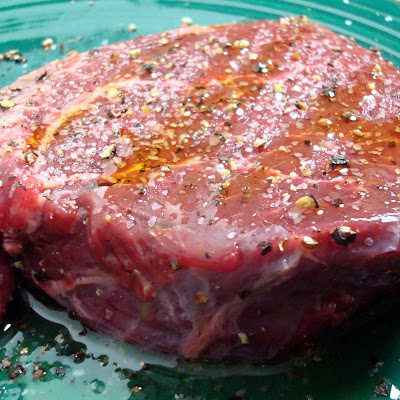 In the blender, puree the shallot, mayo, vinegar, Dijon, oil and honey until smooth. Salt and pepper to taste. Prepare 4-6 plates by piling them with arugula leaves. When the grill is ready, cook the steaks 2-3 minutes per side for medium-rare. Allow the fillets to rest for at least 5 minutes under foil. When the steaks have rested, slice them on a bias. 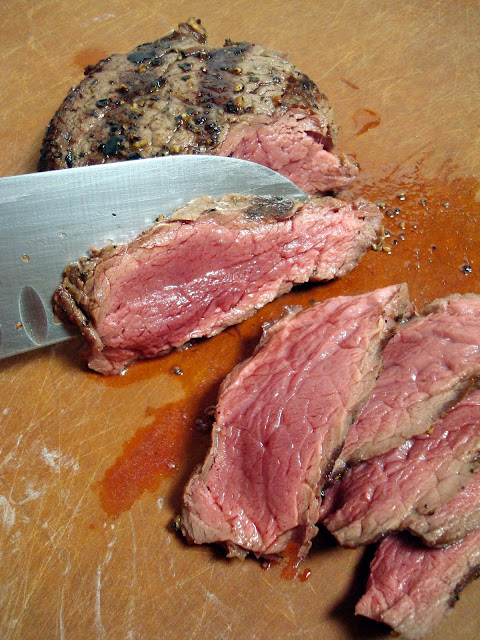 To plate: Drizzle the creamy red wine vinaigrette over the arugula. Place a pile of potatoes on the greens, followed by several slices of steak, followed by the roasted fennel, topped with a sprinkling of golden raisins.

A lovely dinner salad, even the most “meat-n-potatoes” guy can appreciate! 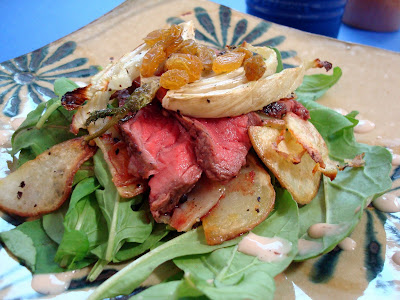 Posted by A SPICY PERSPECTIVE at 8:35 PM