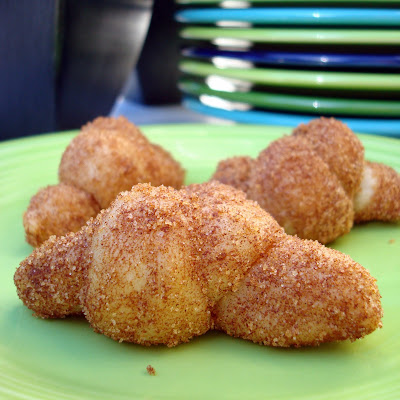 Confession~ After I tried the apple cider donuts at Sky Top Orchard, I haven't been able to stop thinking about them! You may remember, the ones I mentioned in my Curried Apple Turnover post?

I've been craving them for a couple weeks. To be a bit more accurate, I physically ache for them morning, noon and night. I lay in bed at night and see floating golden rings of heaven, covered in sugar crystals...and they're smiling at me. This has been going on for days. It's become a bit of an issue. I'm seeking therapy.

One thing I've learned about food obsessions, is that a sure cure comes from developing a perfect recipe. That way, you KNOW you can get your fix any time you want. It removes the lure, you see.

One problem. Donuts are fried. And as you know if you've been around a while...I. HATE. TO. FRY. I avoid it at all costs! Well, would I let a little thing like frying stop my desperate need for homemade apple cider donuts? Of course not. There are always ways to get around frying!

See what I'm getting at?

Apple Cider Cinna-Knots have cured me! They aren't quite the same as the famed donuts, BUT they are ultra-soft, apple-icious, bathed in butter, kissed with shimmering sugar, and EASY TO MAKE! 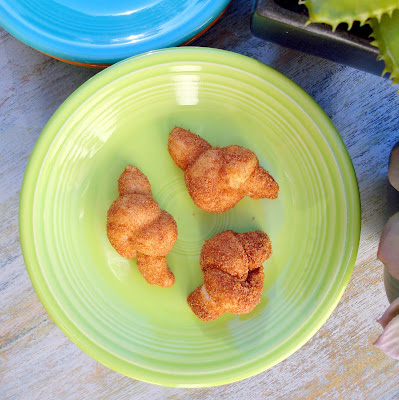 For the dough: Place ½ cup of warm apple cider in your electric mixing bowl. Add the yeast and allow it to swell for 5 minutes. It should look foamy. Then add 1 ¼ cups of room-temperature apple cider, plus the oil and salt.

Using a bread hook, mix on low, adding the flour a little at a time. “Knead” in the mixer for 3-5 minutes until well combined but tacky.

Oil a large bowl. Place the dough in the bowl and turn it to cover in oil. Cover tightly with plastic wrap and allow the dough to rise for 2 hours.

When to dough is more than double the original size, punch it down and place it on a floured work surface.

Divide the dough into two equal pieces, to make it easier to work with. Use your hands to turn the edges of the dough under to create a perfectly round, smooth mound. 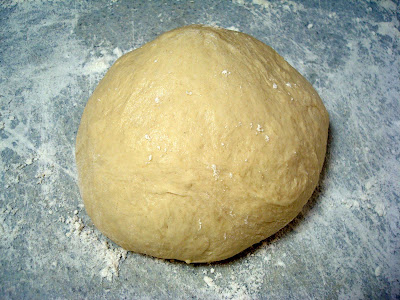 Roll the dough (from the middle out) into a 12 inch circle. Then using a pizza cutter (or sharp floured knife) cut the dough into strips ¾ X 4 inches long. 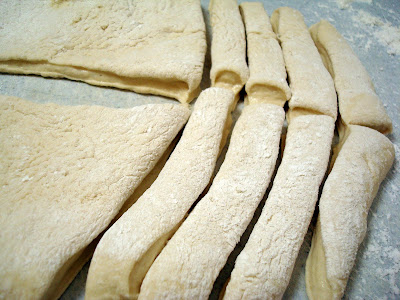 Flour you hands and roll each strip into a 6 inch “snake.” Then cross the ends and tie the snake into a loose knot. Place it on a piece of parchment paper and repeat with the rest of the dough. The knots will expand, but not much. You can put them fairly close together. 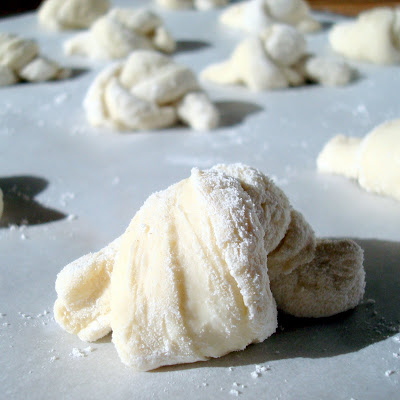 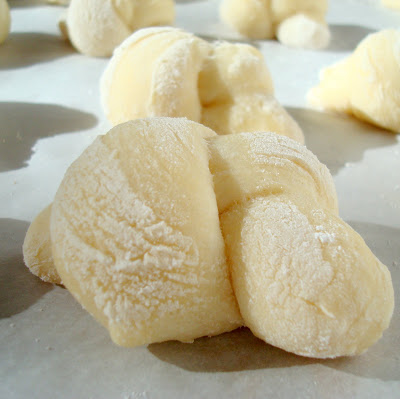 Melt the butter in a large bowl. While the knots are still hot, toss them in the butter—coating each completely. 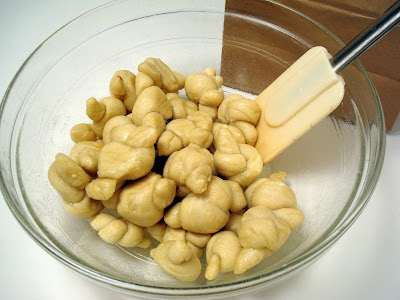 Place the sugar and cinnamon in a brown paper bag. Using a slotted spoon, scoop the knot out of the butter and place them in the bag. 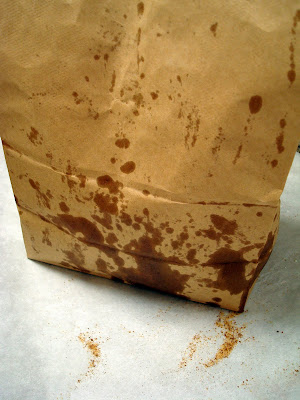 Shake the knots until they covered in cinnamon sugar. Serve warm! The paper bag absorbs the extra butter! 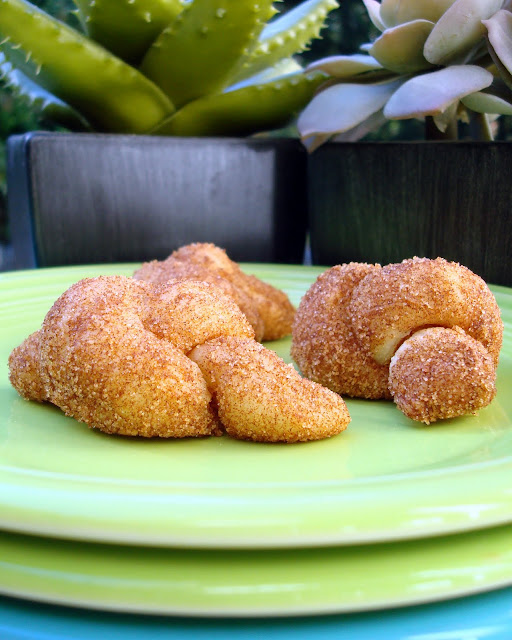 
Make sure ENTER the Saucy Mama Giveaway!
Posted by A SPICY PERSPECTIVE at 8:30 PM