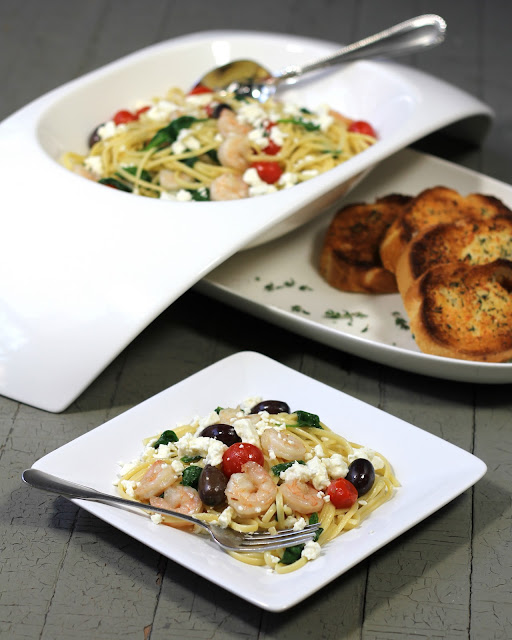 Well friends, Halloween is over. Decorations are coming down. The litter is off the lawn. The grass is rebounding from a hoard of spiked heels tromping through. The recycling bins are overflowing. Excessive makeup and hairspray have washed away. The neighborhood is quiet. My head has stopped spinning.

Halloween in Kenilworth is famous for being unpredictable. You truly never know quite what to expect, or how many people to plan for. The neighbors spend a year's worth of creative energy on one day's display. It can manifest in magic shows, floats, light shows, haunted houses, pumpkin sculptures, doggy competitions...who knows. This year we had a well-known NC politician on our block passing out "Heath" bars!

Every year I try to keep count of the trick-or-treaters to prepare for the following year--it's still a crap-shoot. This year was no different. I assumed since Halloween was on a school night, that we might have a few less than normal. WRONG! Wrong, wrong, wrong.

The weather was gorgeous and everyone invited their sister's boyfriend's cousin's friend to come out! This was by far, our biggest Halloween in the five years we've been in the neighborhood. I purchased enough treats for over 1000 kids and we ran out at 7:45 pm! We went to back up candy and that was gone in moments! Friends took turns on the front porch to manage the masses. On my shift, I actually got a little nauseous watching the swarm of shadowy bodies whizzing toward me and away at high speeds!

In the house, our party was a bit more tempered than outside. There were children involved, after all, so not quite a frat party, people. Instead we hosted a collection of colorful friends in high spirits, making merry and gazing in awe at the chaos on the front lawn.

I hoped to take more pictures during the event, but in all the commotion, I lost track of my plan. Most of these pictures were taken before things picked up... 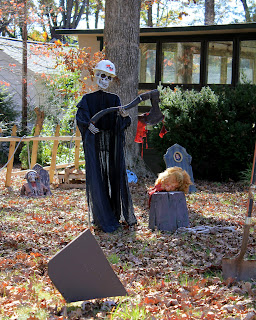 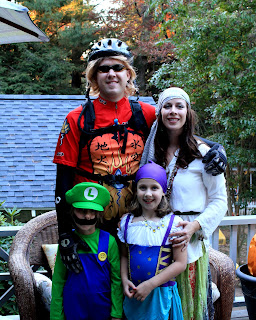 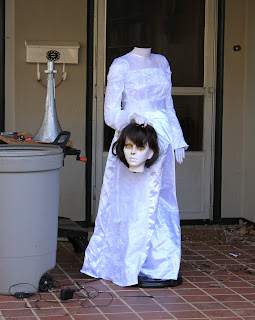 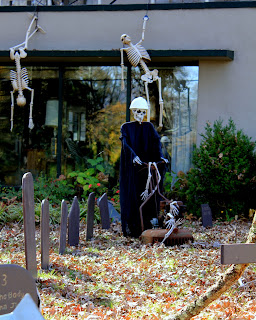 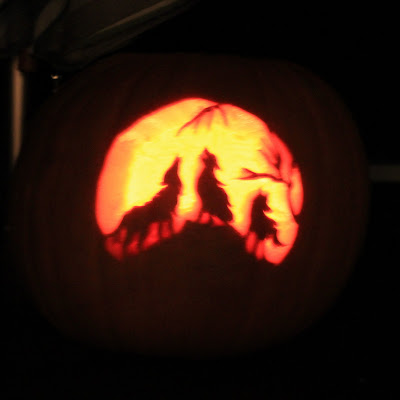 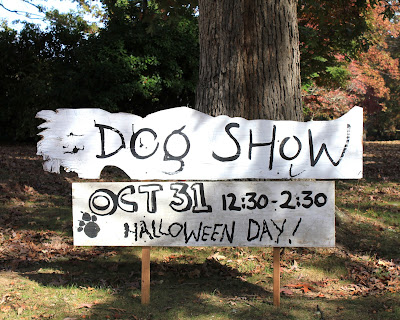 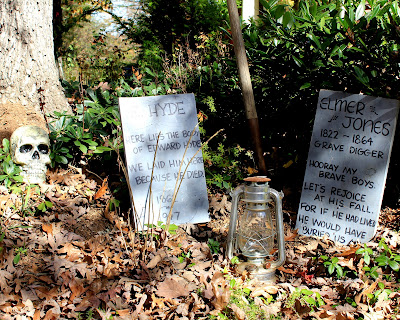 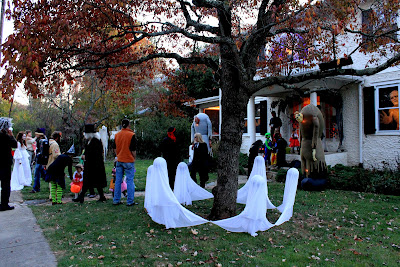 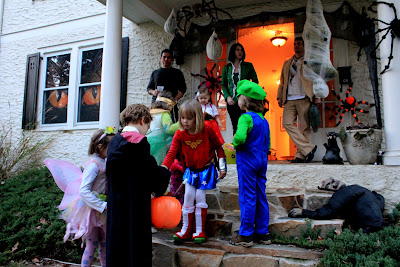 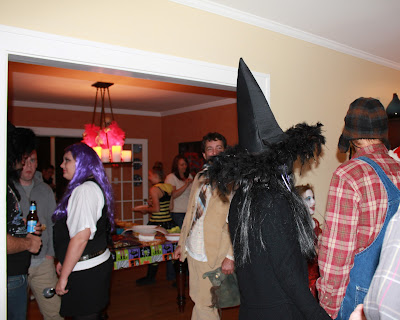 After all this, I need comfort food. For me, a good pasta dish is equivalent to taking a Valium. It soothes the mind and body. Strands of steamy carbs caressed with garlic-cream sauce. What could possibly be more appeasing? Well, maybe the addition of some seafood and olives...and the fact that it's quick and easy!

In a large pot, boil salted water and cook the pasta as directed on the box. Meanwhile, heat a LARGE skillet to medium-high heat. Add oil and butter. Once melted, add the garlic and shrimp. *If you like a thick cream sauce, sprinkle the shrimp with 2 tsps. flour before adding them to the skillet. 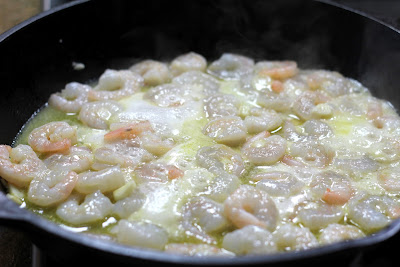 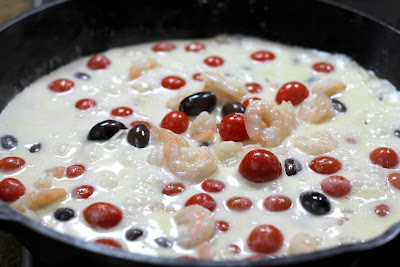 Finally, mix in the strained pasta and spinach leaves. Remove from heat once the spinach wilts. Salt and Pepper to taste. (Season carefully, the olives and feta add a lot of salt!) 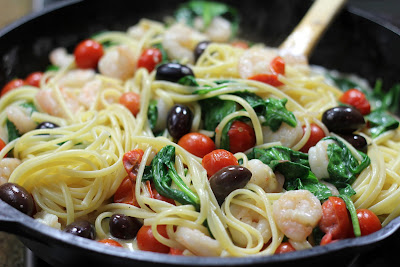 Divide onto plates and top with feta cheese. Serves 4-6. 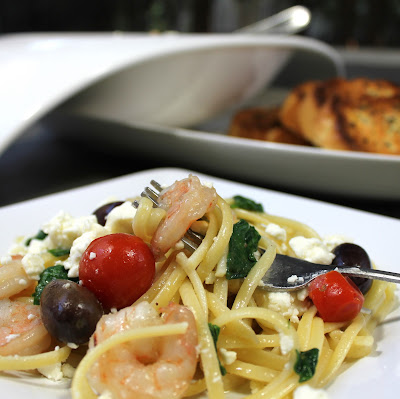 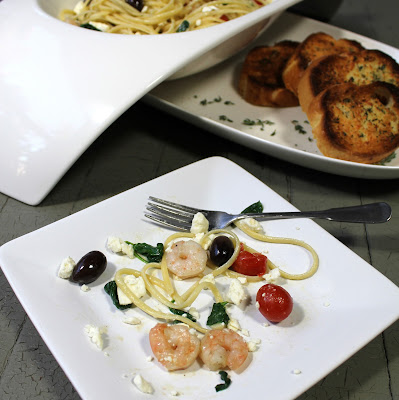 Make sure to SUBSCRIBE so you never miss a recipe!

Posted by A SPICY PERSPECTIVE at 6:17 PM