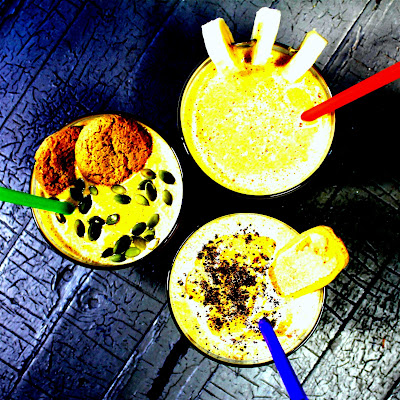 Growing up, my family never really made a big deal over Halloween. Some years we trick-or-treated, some years not. So you can imagine what a shock it was to buy a house in a neighborhood with Halloween FEVER! Yes, we live in one of THOSE neighborhoods...every town has one. A SPOOKTACULAR neighborhood where houses are decked out in ghoulish garb, children and adult alike are adorned in ghastily get-ups, and candy flows like milk and honey one night a year!

It just so happens that we bought a house on the main drag, so our road actually gets closed off for hundreds thousands of people to stroll (or creep) down Halloween night. Year after year we watch our neighbors out-do each other with magic shows, man-powered floats, and Hitchcock movies blasted on the sides of houses. A former art professor down the street, carves masses of the most amazing pumpkins you've ever seen and hangs them in trees! It's a full-moon affair, you could say. 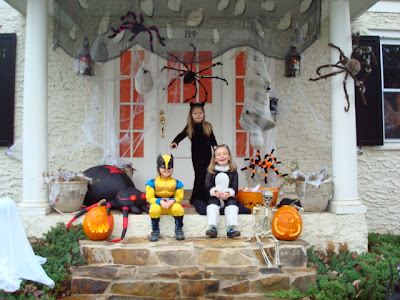 The candy has become an issue. Last year we gave out 1200 treats! No, that's not a typo. Can you imagine buying enough treasures for 1200 little goblins? We have to buy bigger items so we can give each child ONE, in order to keep count for the next year! But it's part of the package deal, living in this neighborhood. We'll just call it an association fee! 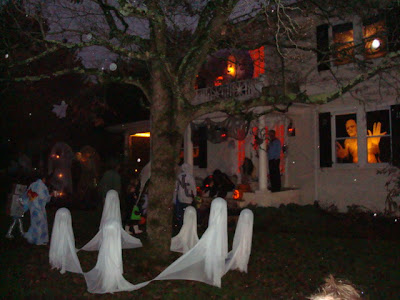 We have collected our fair share of lawn ornaments for Halloween, but my participation lies more in the kitchen. Every year we plan a menu for the 80+ guests that will attend our party, then proceed to come up a  dangerous dungeon full of delectables. Our goal is ALWAYS to create treats that are fun and festive, but that taste GREAT! It's a horror to bite into a meticulously decorated witch cookie, only to howl with disappointment over shortening-laden frosting! PLECK!

So here is the beginning of my trial Halloween recipes. I promise to only include those that were screamingly scrumptious and are likely to end up at our party!

Of the milkshakes, the coffee version was MY favorite. I thought it would be fun to garnish them with bloody lady fingers! Hubby liked the gingersnap best and the kids liked the banana. 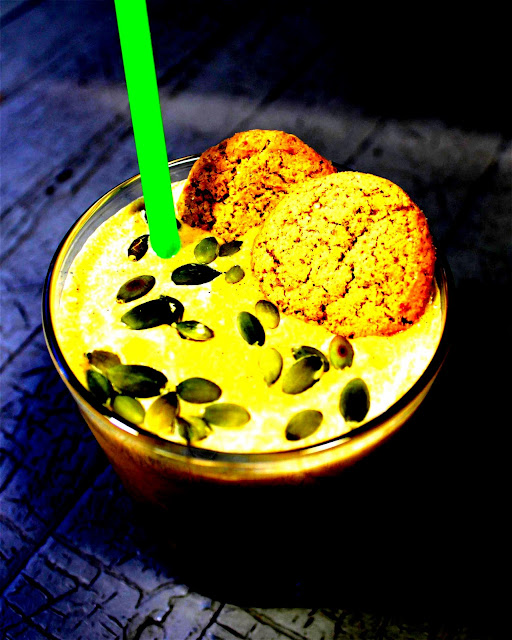 NOTES~ I used canned pumpkin puree, but needed to sweeten and spice it up. If making these in mass, I would  buy canned pumpkin pie filling, then skip the extra sugar and pumpkin pie spice! Also, the Pumpkin-Gingersnap Shake doesn't need quite as much pumpkin as the other two with stronger competing flavors.

Each recipe makes 1 large (larger than the photos) milkshake.

Puree in the blender until smooth. Garnish with extra cookies pieces or pepitas (pumpkin seeds). 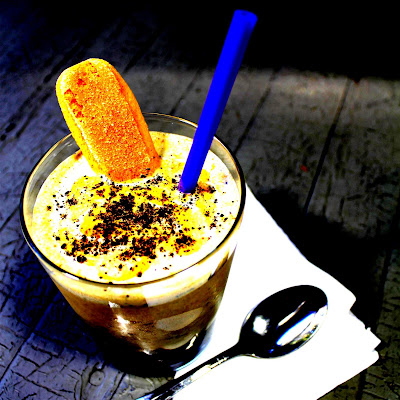 Puree in the blender until smooth. Garnish with extra coffee or lady fingers. 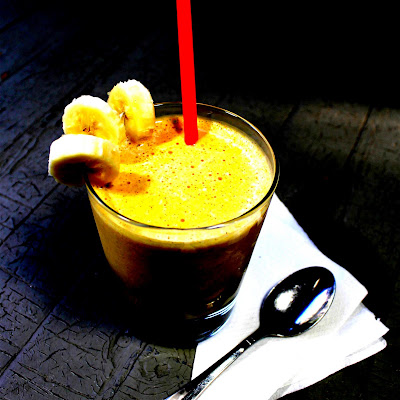 Puree in the blender until smooth. Garnish with banana slices.

Other fool-proof sweets that could be used for Halloween: