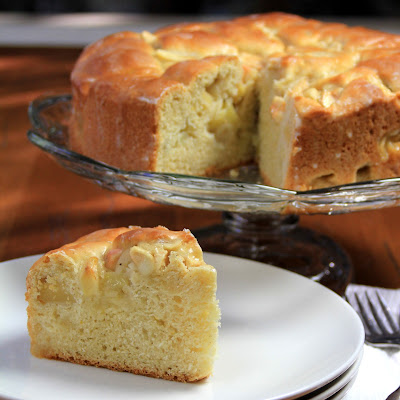 Hey Friends, I'm a ball of SHEER EXCITEMENT about the three topics I want to discuss in this post. Bubbling with feverish bliss, Gleefully Ecstatic, overcome with ELATION...happy.


The kind people at CSN Stores have offered a $35 prize to be used in one of their online stores for one lucky reader! CSN has many stores with everything from cookware to barstools. Their prices are extremely competitive and they offer free shipping on just about everything! Check it out for more great deals!
To enter, simply leave a comment mentioning what you would spend it on!
This giveaway is for USA and Canadian residents only--sorry international friends!
A winner will be selected by random drawing and announced October 31st.

Second, I'm pleased to announce that my 9 month-old (baby) blog just placed in the TOP THREE local blogs in the annual Mountain Xpress "Best of Western North Carolina" competition!!! For those who don't live here--it's kind of a big deal in Asheville. Not only that, A Spicy Perspective is the only FOOD blog listed. So I suppose I could stretch the honor a smidge and say ASP was voted top Food Blog in Western North Carolina! (wry smile)

Jokes aside, I'm honored, humbled, and extremely encouraged! Many thanks to those who voted, and come back week after week to sample my recipes and read my ramblings. Hugs to you!

Third on the agenda, a breakthrough in my apple bread endeavors!

If you happen to read numerous blogs, like I do, you might find you collect a bundle of recipes, project ideas, and improvement tips that you file away with good intentions, but never really find the time to use. I read a LOT of food blogs...a lot. Many of friends and friends-to-be. I find myself in wonder at all the creativity and resourcefulness coming from these blogs. And the food! Holy heaven, the glorious dishes some bloggers produce put many celebrity chef's to shame--honestly.

Yet for every 40 recipes I save, I may get around to cooking ONE. Why? Because I'm constantly tinkering away, coming up with my own recipes to serve to you! These bloggers serve up a hefty side of PRESSURE with their fantastic fare! *wink*

However, on occasion I come across a blog recipe that MUST be made instantly. If lacking ingredients, at least, within a week's time! 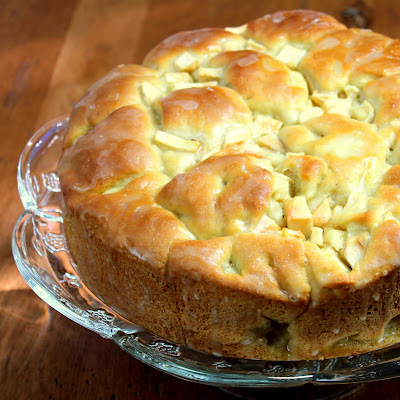 A few days ago, I was reading my friend Rosa's blog, Rosa's Yummy Yums, and stopped cold when I saw the photo of her apple bread.

You see, after moving to North Carolina we started going to apple orchards every fall. At the orchard stores I discovered apple bread! Not apple bread that is heavy and dense like banana or pumpkin bread, but light yeasty apple bread with tender apple morsels suspended in its supple folds. I've been contemplating this bread for some time now. What sort of dough could create such a unique and addictive bread? How can it be so light and still hold up the apple chunks?

When I saw Rosa's apple bread, I knew she held to answers to these mystical secrets! Actually Rosa would say, it's no secret at all. She found an Apple Challah recipe from King Arthurs Flour and modified it to her liking. She's a genius, that Rosa. (You really should take a moment to check out her site!)

After making this bread recipe, I've tweaked it slightly as well--to further replicate the famous apple bread haunting my dreams. Rosa's bread is glazed with eggwash before baking to create a brilliant glossy crust. I decided to glaze mine after, with an apple cider-sugar glaze like at Grandad's Orchard.

The bread was outstanding! This is not a recipe to be filed for later--this BEGS to be baked, right away! For Halloween, or a fall party, possibly for Thanksgiving, but really...don't wait that long. You'll smack yourself after tasting it, for not baking it sooner! You can view step by step photos on the KAF site. 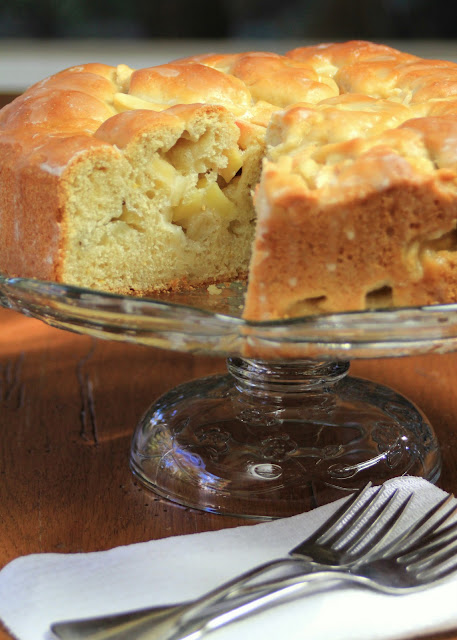 Mix the warm (not hot) water with the honey and yeast. Allow it to foam for 10 minutes. Then add the rest of the ingredients for the dough. Mix and then knead them, using a mixer with a bread hook, or by hand, until you have a soft, smooth and elastic dough (about 8-10 minutes).

Put the dough in a oiled bowl and let it rise, covered, for 2 hours or until it's puffy and nearly doubled in size

Lightly grease/butter a 9inch round cake pan that's at least 2inch deep (or grease a 9inch or 10inch springform pan).

Toss the apple chunks with the sugar, cinnamon and rum.

Gently deflate the dough, transfer it to a lightly greased work surface, and flatte n it into a rough rectangle, about 8 x 10 inches.

Spread half the apple chunks in the center of the dough (see remarks for details).

Fold a short edge of the dough over the apple in order to cover it, patting firmly to seal the apples and spread the dough a bit.

Spread the remaining apple atop the folded-over dough.

Cover the apples with the other side of the dough, again patting firmly (Basically, you've folded the dough like a letter, enclosing the apples inside.).

Take a long knife and cut the apple-filled dough into 16 pieces. Cut in half, then each half in halves, etc ... (This will be very, VERY messy; the dough is slippery, apples will fall out, sugar syrup will ooze... it's not pretty. Don't worry, and don't stress about making all the pieces the same size).

Lay the dough chunks into the pan (Crowd them so that they all fit in a single tight layer - barely. Lots of apple chunks will fall out during this process; just tuck them in among the dough pieces, or simply spread them on top.).

Cover the challah gently with lightly greased plastic wrap or a damp towel and let it rise for about 1-2 hours, until it's a generous 3 inches high (It should come above the rim of a 9inch round cake pan). Twenty minutes before the end of the rising time, preheat the oven to 325° F.

Place the bread in the lower third of the oven. Bake it for 55 minutes, or until the top is at least light golden brown all over and has no white spots.

Remove the challah from the oven, and after 5 minutes loosen the edges and carefully transfer it to a rack.

Let cool completely. Then whisk together the cider and powdered sugar and brush it over the top--allowing it to drizzle down the sides. 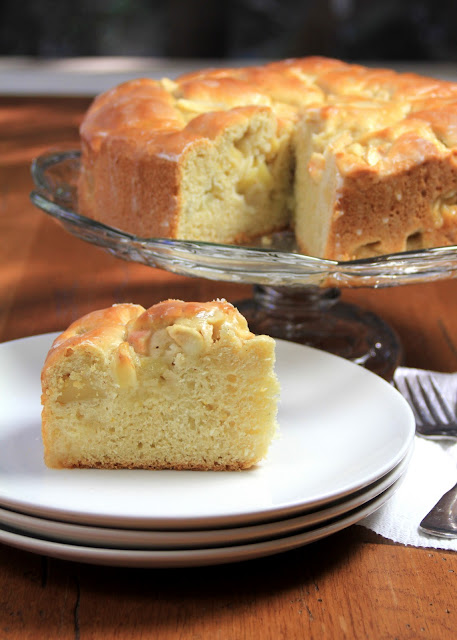