It's February 1st...Is your New Year's Resolution Missing In Action??? 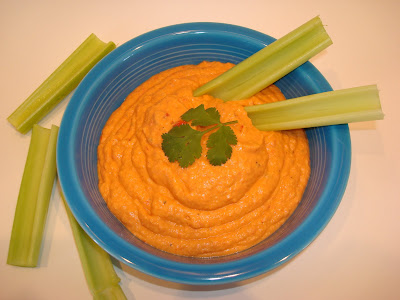 It happens every year. After all the turkey with stuffing, Christmas cookies, and party foods, the hubs and I feel the need to purge ourselves of junk on January 1st. We commit to lower our sugar intake and eat 6 small, perfectly portioned meals each day. Of course, they will all be low carb, low fat, high protein, and completely hormone and chemical free! We are vigilant for several weeks; then around the beginning of February rebellion starts creeping in.

I think it's the snacks. No...I KNOW it's the snacks that start the mutiny. You can only eat so many tuna packets, and cottage cheese (for the protein) before you are doomed to revolt!

In effort to keep two fingers clutched tightly on the wagon (with the rest of me dragging behind, no doubt)...I've tried to come up with some healthy snack options that include protein.

Here is an inexpensive and fantastic alternative to cottage cheese. Roasted Red Pepper Hummus. You can conveniently buy this at the grocery store, but it usually runs about $5 for 1/2 - 3/4 of a cup. This recipe takes less than 5 minutes, and makes 3 cups of fresh hummus, for approximately $6.50. Did I mention it tastes better than the store-bought version? The cherry on top--it's around half the fat of regular hummus! This is achieved by substituting plain Greek yogurt for the traditional tahini paste. Tahini is sesame seed paste. It adds a delicate nutty flavor to hummus, and gives it a creamy texture. The down side of tahini is the cost and high fat content. Greek yogurt has 0 grams of fat and creates a creamy texture as well! Give it a try!

Health is the greatest gift, contentment the greatest wealth, faithfulness the best relationship. A Nepali Proverb

2 can of garbanzo beans, drained 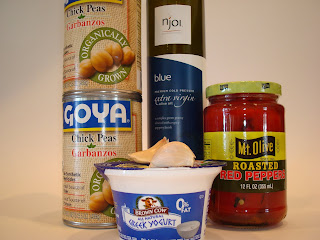 In a food processor add beans, yogurt, olive oil, cumin, and garlic. Pulse until smooth. Add the drained peppers, 1 tsp. of salt, 1/4 tsp. ground pepper, and a dash or two of cayenne pepper. Pulse again until peppers are at the desired consistency. I like to serve this with asparagus spears, cucumbers, celery and carrots. Makes about 3 cups. 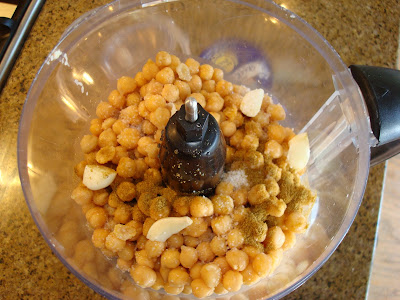 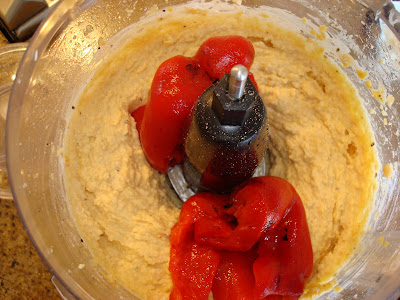 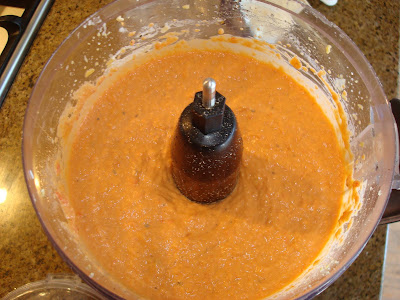 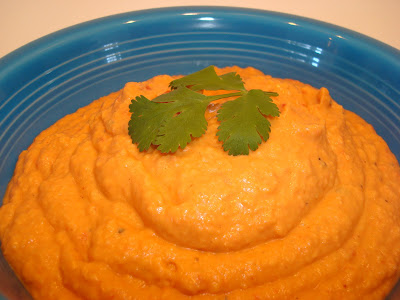 *For Chipotle Lime Hummus, remove the red peppers and one garlic clove, then add 1/8 cup lime juice, one chopped chipotle pepper, and 3 Tb. chopped cilantro!
Posted by A SPICY PERSPECTIVE at 10:50 AM