Ready For A Throwdown? 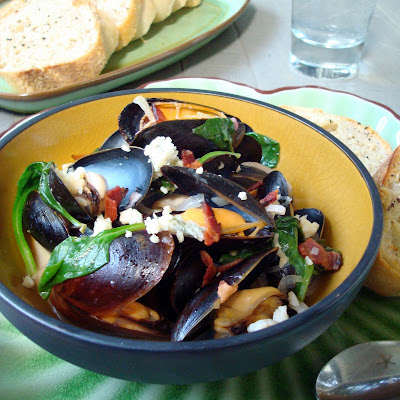 Sometimes, at the end of a long day, all I want to do is veg-out! Most days between 5 pm and 8 pm, I've cooked dinner (sometimes incorporating a photo shoot), cleaned, bathed children, assisted with homework, read stories and started laundry. Now it's time to sit and STARE for a bit, before I hopefully get my second wind!

One of these worn-out nights, my husband and I were flipping through the channels--trying to find something to watch we could both agree on. Bobby Flay's Throwdown was on Food Network. Now, my husband would probably tell you I have a crush on Bobby Flay. That's just silly. I simply appreciate his culinary-style...and maybe his freckles! That night Bobby challenged Teddy Folkman to a Mussel Throwdown. We had to watch!

Mussels are one of hubby's favorite things to eat. He could sit and eat pounds of them at a time, oohing and ahhhing like "What About Bob". There is a little french bistro here in Asheville we like to frequent, called Bouchon. Bouchon feels like a casual eatery in France. The interior a little too dark, a little too crowded, and a little too warm on a sultry summer evening...utterly charming! Aromas of warm pungent cheese, garlic-wine sauce and yeasty bread waft through the open windows at both ends of the restaurant, and into the back alley (also used for seating). They offer several delectable varieties of mussels accompanied by their devilish matchstick frites dipped in aioli. Choices range from the Parisian-Born Redneck, steamed in PBR beer with Dijon mustard and butter, to the Mediterranean, in a tomato-wine sauce with garlic and saffron. Bouchon is a true Asheville staple. Questions we ask tourists include...Have you visited the Biltmore? Did you drive up the scenic Blue Ridge Parkway? Have you gone to Bouchon for Mussels and Frites??? Maybe I'm exaggerating a little, but not much!

I have to admit, before Bouchon I wasn't crazy about mussels. It was a textural thing. Yet, thanks to this wonderful little restaurant, I am a mussel-convert! Hooked enough to occasionally make them at home!

Back to My Bobby...uh...I mean, Bobby Flay. Truthfully, I can't remember how he prepared his mussels that episode. All I remember is that the challenger beat him with Moules Fromage Bleu, or blue cheese mussels...with bacon. Doesn't that sound incredible? Here is the recipe--I haven't changed a thing. I figured if it could beat Bobby, I better leave them alone!

P.S. As soon as I'm able to acquire one of Bouchon's mussel recipes, I'll share!

Serves one as a meal; two to four as an appetizer (I usually double this for my family of four!) 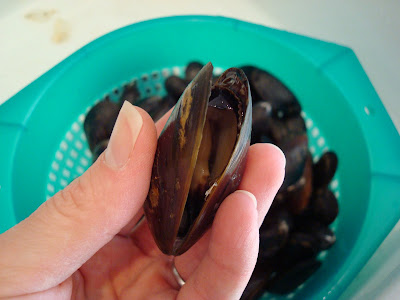 Heat the oil in a pan over high heat. Cook the bacon until the fat is rendered and it is slightly browned. (I take the bacon out, then add it back in at the end so it stays a little crisp!) 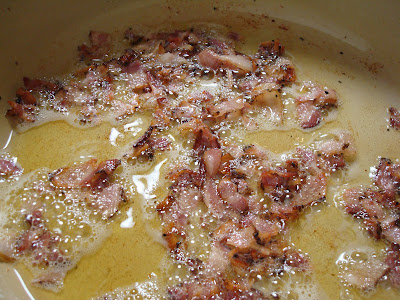 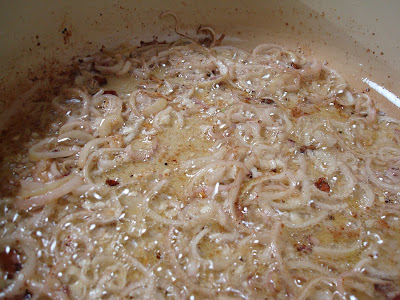 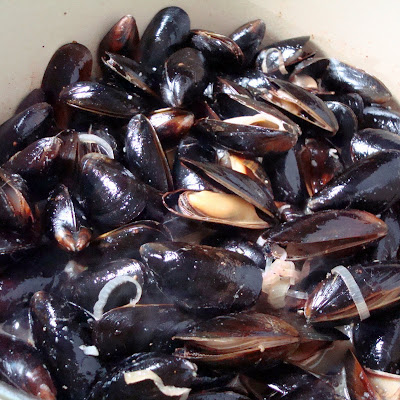 When the mussels start to open, add half of blue cheese, melting it into the broth. As soon as all mussels are open, toss in the spinach. 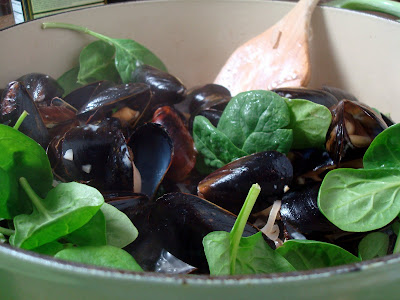 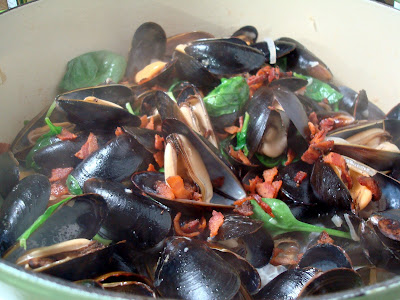 Want to share another way to prepare mussels? Click "comments" below and tell us how you do it! 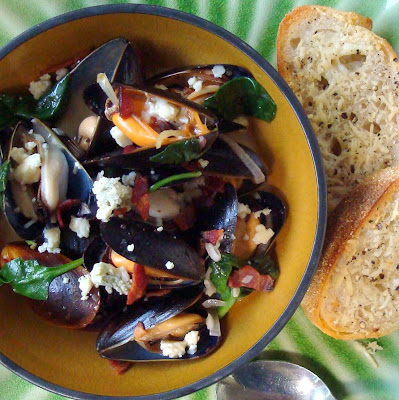 Posted by A SPICY PERSPECTIVE at 8:37 PM