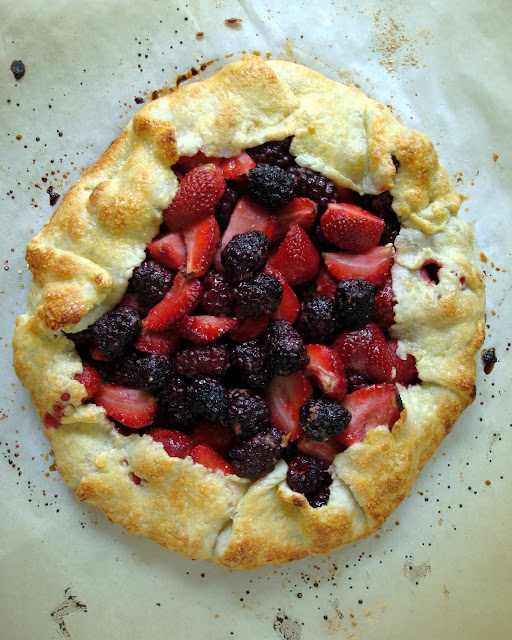 I get confused...is it a galette, crostata, free-form pie, flat tart, what? I'm pretty sure the only difference between ALL of these, is where you live. For the French, it's a galette. For the Italians, it's a crostata. For Americans...well, we Americans like to use multiple names for the same thing! I've even heard of this being called a Lazy Pie. Whatever it is--it's amazingly delectable and simple to make!

Today I'm calling it a crostata. For some reason I always use the term galette when it's savory and a crostata when it's sweet! I make crostatas every time certain fruits comes in season. I also make them around the holidays, when we are preparing some sort of FEAST and have already used all the pie and tart pans for other dishes. Crostatas are handy!

Now I'm going to tell on myself--I can't do something naughty and keep it a secret. The day I made this particular crostata, my husband called and said he would be home a little late and not to worry about making dinner. I looked at the kids and thought, "Anything I make them is going to be overlooked by the fact that dessert is waiting for us." So you know what we did? We had a VERY small green salad, and crostata with ricotta cream for DINNER! I don't know if that makes me a very BAD mommy, or a very GOOD mommy, but I'm sure it's one or the other! The kids gobbled it up with wide smiles on their faces and a mischievous sparkle in their eyes! Later when my husband came home, he saw the rest of the crostata and a curious expression came over is face. He said, "I plan on eating ALL of that tonight. I know that's extremely gluttonous, but I don't care!" And you know what? HE DID! He sat down and ate over half of this Mixed Berry Crostata and Ricotta Cream without blinking! He said half way through he needed to stop but he just couldn't. Later he had a MAJOR tummy ache, but he swears it was worth it! I guess we were all a little naughty that night! At least I'm confessing! 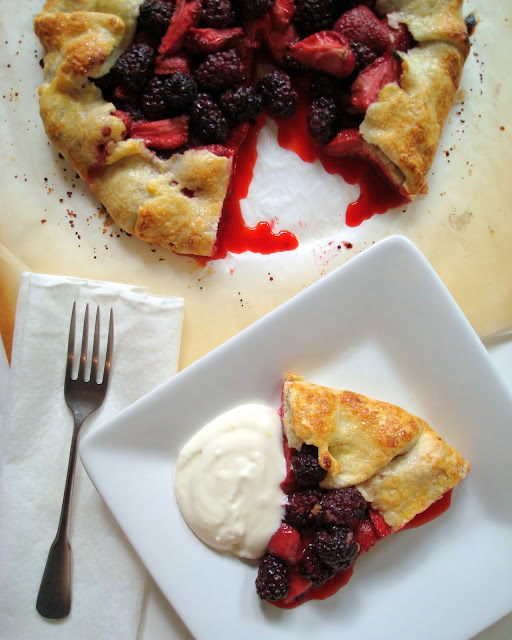 What makes this crostata special? Let's start with the obvious, freshly picked berries. You could make this with frozen berries any time of year, but it's not quite the same. The berry mixture is also not overly sweet...I think that's what makes it so addictive. You could truly just keep eating and eating it--as my husband so kindly demonstrated! The crust is a simple pie crust, but homemade pie crusts are fairly special on their own. And last, the Lemon-Honey Ricotta Cream. DON'T skip the cream--it's to die for! A fluffy blend with smooth cheese, sweetened with honey, and brightened with lemon zest. You will be licking your plate clean!

Add the first three ingredients to a food processor. Pulse once or twice to mix. Chop the cold stick of butter into cubes. Add them to the processor and pulse until the butter clumps are the size of peas. Add 3 Tb. of very cold water to the processor. Pulse it a few more times, until the dough comes together. Dump the dough onto a piece of plastic wrap. Form the dough into a round disk and wrap well. Place in the fridge for at least thirty minutes. 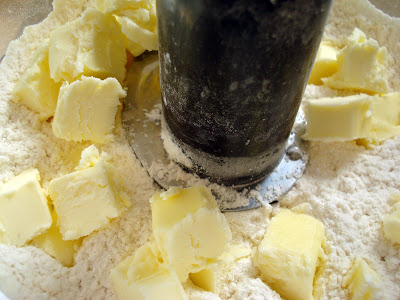 Place the blackberries and cut strawberries in a medium bowl. Add one-quarter of the lemon zest (about ½ tsp.), along with 2 ½ Tb. of flour, 2 ½ Tb. sugar, and ¼ salt of salt. Toss well. 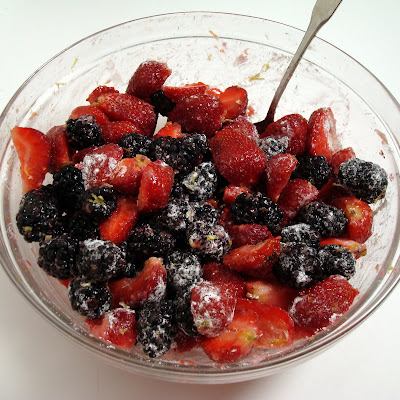 Preheat the oven to 450*. Once cold, roll the dough into a 12 inch free-form circle. Fold half the dough over the rolling pin and move it to a parchment paper-lined baking sheet. 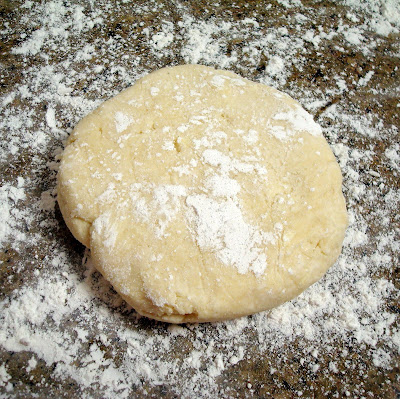 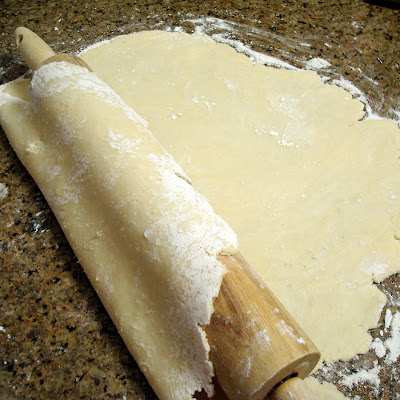 Pour the fruit mixture in the center of the dough and spread out, leaving a 1 ½ - 2 inch rim around the edges. 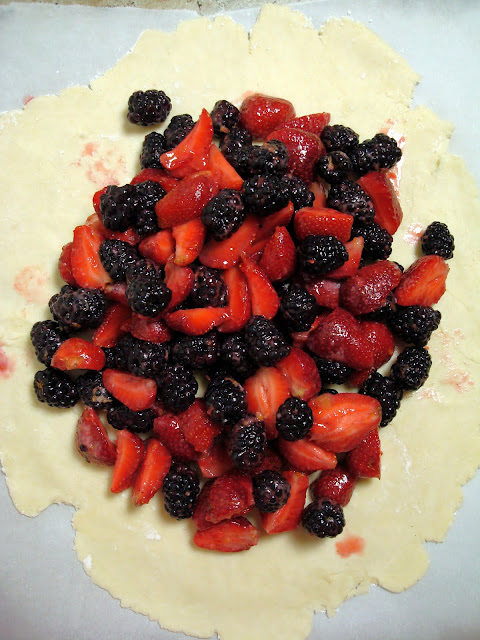 Gently fold the edges up over the fruit, making sure not the let the fruit poke through the dough. It looks best when you go around the circle in one direction while folding. Mix 1 egg with 1 Tb. of water. Brush the egg wash over the exposed dough. Sprinkle the dough edges with Turbinado sugar. Bake for 20-25 minutes—until edges are golden brown. Allow to cool to room temperature. 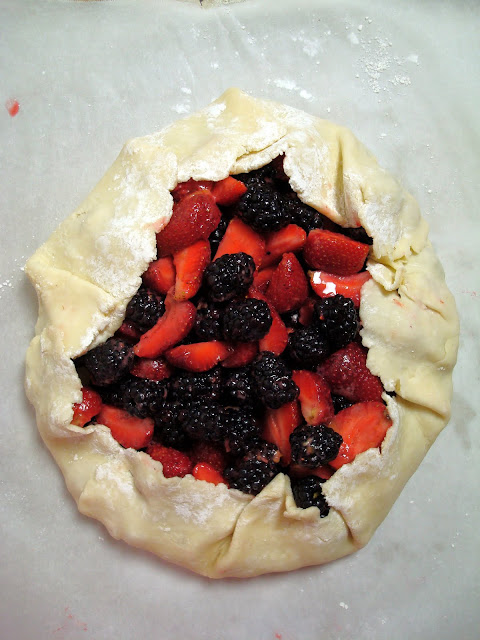 Pour ¾ cup of cream into the food processor. Process for about 1 minute—until a stiff cream forms. Add the ricotta, honey and the remaining three-quarters of the lemon zest. Process another 30 seconds, or so, until well combined. 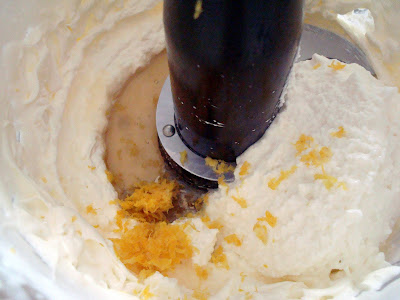 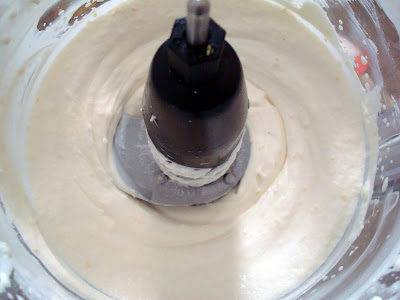 Serve the cream with the Crostata—try not to eat so much you get a tummy ache! Serves 6-8. 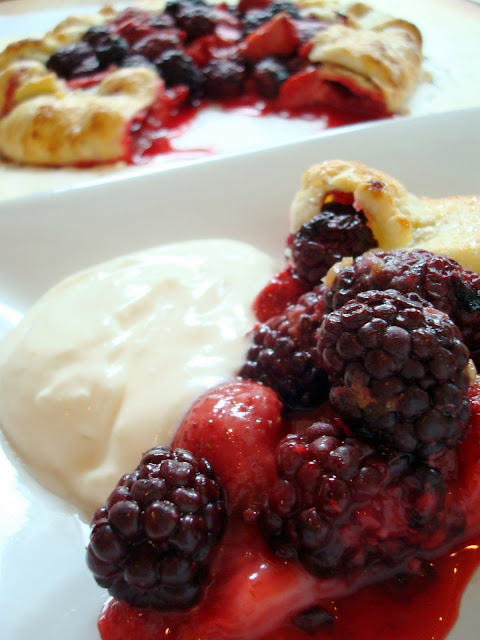 *The ricotta cream is a very loose cream because of the runny honey. I personally love it this way! If you want a stiffer version, either use whipped honey or substitute sugar. 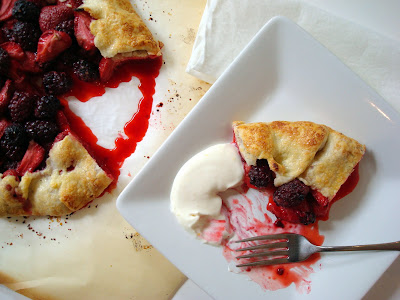 **In a hurry—buy a premade roll-out pie crust and skip making the dough! 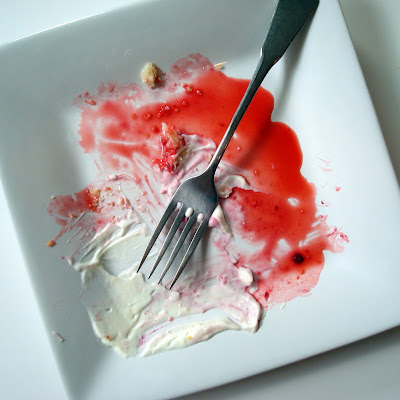 Posted by A SPICY PERSPECTIVE at 7:58 PM